Rob became a Realtor in 1992 and obtained his Broker’s license in 1999. In July of 2002 Rob opened the doors to RE/MAX Acclaim which had gone on to become one of Southeastern Michigan’s most productive Real Estate offices. In February of 2012 Rob merged RE/MAX Acclaim with RE/MAX First to become one of the most productive real estate organizations in Michigan. Today, having over 30 years of experience in the Real Estate industry, Rob prides himself on being on the cutting edge of technology and Real Estate trends with fresh and innovative ideas. Rob went into the RE/MAX Hall Of Fame in 2009 and acquired RE/MAX Lifetime Achievement in 2017. 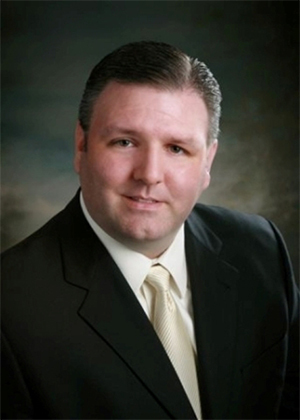 Scott Zemens first recognized his passion for investing while attending Oakland University in the 1990’s. After college he realized how important real estate is to be a successful investor, and joined RE/MAX in 2001. In 2004 Scott formed Fast Cash for Homes & became one of the largest REO listing agents in the area, along with forming Motor City Property Management and managing hundreds of investment properties for investors. In 2012 Scott opened Global Realty in Warren, Michigan. In 2017 Scott returned to RE/MAX First and joined the ownership group. Scott has worked in every facet of investment real estate from flips, short & long-term rentals, new-construction, non-profit agencies, as well as being hired by cities & counties to handle their real estate holdings.

Jim joined RE/MAX in 2002 as a full time Realtor. Jim has been a successful productivity coach helping agents create and maintain an extraordinary business. In 2012 Jim became a partner at RE/MAX First & continues to assist Realtors in taking their business to the next level.

Dave Has focused his life and those around him on personal growth.  He obtained his Real Estate License in 1983, and has been a Broker/Owner for over thirty years at RE/MAX Suburban. Dave joined RE/MAX First’s Leadership and Ownership Team in 2020.  Dave serves as our Education Coordinator, and creates and promotes various workshops to the office, to help our agents be FIRST! For some, that is increasing their income.  For others, it is to remove limiting blocks to their happiness or success.   Dave is a certified Life Coach and Fire walk instructor.  He is available to meet for sessions by appointment anytime.

Jacob began working at RE/MAX First in 2002 as a support staff member. In 2007, while attending Wayne State University, Jacob began selling real estate. After graduating with a bachelor’s degree in secondary education, Jacob continued to sell real estate full time at RE/MAX First. Jacob was inducted into the RE/MAX Hall of Fame in 2015. Jacob is an asset to assist you in all the technology & tools RE/MAX First offers its agents & how to incorporate them into your business! Jacob does one on one classes, as well as group classes offered consistently in our training center.

Each Office Independently Owned and Operated.